Apple Releases “the most advanced version of Logic ever” – Logic Pro X 10.1

Apple has just significantly cranked up the capacity of its popular music production app for Mac.

Touted as “the most advanced version of Logic ever,” Logic Pro X has just received its most substantial update since its release in July 2013, bringing it to version 10.1.

First off, the update adds support for sharing Logic projects via Mail Drop and AirDrop.

On the studio level of the app itself, the update shines the spotlight on electronic dance music (EDM) and hip-hop with new tools that are well-suited to these two popular music genres.

There are 10 new Dummers that produce beats in a variety of electronic and hip-hop styles including Techno, House, Trap, Dubstep, and more.

Each Drummer also lets you dial in the electronic or hip-hop drum groove you’re after. There’s also a new Drum Machine Designer plug-in that lets you customize drum kits in a range of electronic styles.

This includes the new Brush Tool for building a series of notes with a single mouse gesture, along with new view options and time handles. 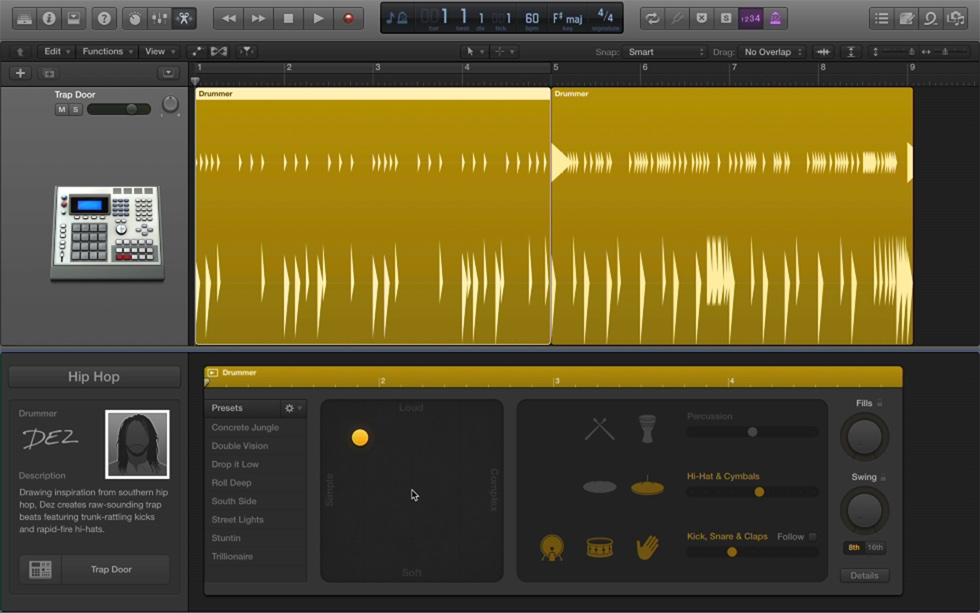 As it happens, the last four items in the list above are also included in the new update to Logic Pro X’s live-performance companion app for Mac, MainStage 3.

In addition to MainStage 3, Logic Pro X’s official remote control app for iPad, Logic Remote, has received a new update. This update includes a new plug-in view for Logic or Audio Unit plug-in parameters, Multi-Touch gestures for Visual EQ, support for remotely adding or reordering plug-ins, and the ability to control the microphone and other input settings for compatible audio interfaces.

With the new versions of these apps, Apple is giving you more powerful tools with which to produce, perform and control music with your Mac and iPad.